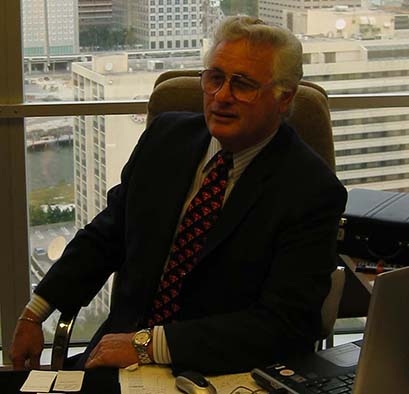 DevastationFoundation.Org., is a non profit foundation formed, sponsored and created by Emerald City USA, Inc., Sid Weinstein, Founder/CEO. The Foundation will be an International Clearing House overseen by a major accounting firm, for Donations from around the World to come to the aid of any Worldwide Disaster whenever or wherever it should exist. The Foundation will aid in providing funds or needed materials and food to First Respond-er Organizations that we know will get to the people and locations of these disasters, through legal channels. Emerald City USA, Inc., as CEO, I will be donating 20 percent of it’s net income after completion, each and every year to the Devastation Foundation Program. Web sites: www.emeraldcityusa.com | www.energyhub.us

Emerald Cities goal is not to do what was done to the devastated country of Haiti when their was so many pledges of billions of dollars that were supposed to help after the 2010 earthquake that killed hundreds of thousands people and only a small portion of that money was ever sent. We have come up with a possible solution since devastation of any kind can and will happen every year somewhere somehow and many lives and property will be lost. Our idea and concept is that since it will effect all of us now or in the future that we should all help in anyway we can even if it doesn’t effect us directly. The world is getting smaller every year with new digital technologies, transportation etc., and we are much more vulnerable to these tragedies and occurrences. Climate Change is real no matter who says it’s not and we must adapt to it or be abused, destroyed or even killed by it.

This is why Emerald City Team, came up with the idea of having a Devastation Foundation logo (see above), that will represent a much needed universal private donation fund that can and will react to these disasters where and when they occur. This logo should be placed on all products, such as cell phones, fast food operations, cars, shopping bags, etc., even if it’s just pennies on the dollar on every sale they make by companies all around the world of which they will show their very much needed support as to tell the world that they are ready to be part of a movement that will come to the aid of devastation when and where-ever it should rear it’s ugly and deadly force and God knows, it will come.

Devastation Foundation. Org., is a non-profit corporation that will be placed in an authorized and established accounting firm to receive these donations. A highly distinguished think tank board will be established to oversee the operation to disburse these funds as needed. Emerald City USA, when in operation has pledged 20% of it’s net income for this program.

These are just a few of the first respond-er organizations that we will contact to disburse these donations;

Hurricanes are getting stronger due to Climate Change, the ocean is rising and must be addressed with new technologies of which building codes all around the World, must be strengthened to keep up with our changing World. We must change our building codes to be able to withstand sustained winds well over 200 miles per hour, better fire protection technologies and products, etc., we can and we will. Emerald City USA, will be built with this new technology and will provide the Solutions for Future Construction Projects.

Emerald City USA, Inc. Sid Weinstein, CEO/Founder. As a board member and consultant for this much needed Paris Treaty movement. I fully endorse that the USA must join the rest of the World in recognizing that Global Change is real and happening now, we must wake up to change the way we plan and build projects to with-stand these changes.

We will use the newest technologies to increase all new construction to withstand wind loads to over 200 miles per hour and never corrode due to replacing steel rebar with Basalt rebar, which is three times stronger then steel and ten times lighter. The concrete will be a minimum of 15 thousand psi, much stronger than any concrete used today. Waste treatment power plants with no emissions and no landfill, etc. We must start to build smarter and stronger to keep up with Global Warming climate changes.